Things You Should Know About Ashtanga Yoga - Sweatbox
Skip to content 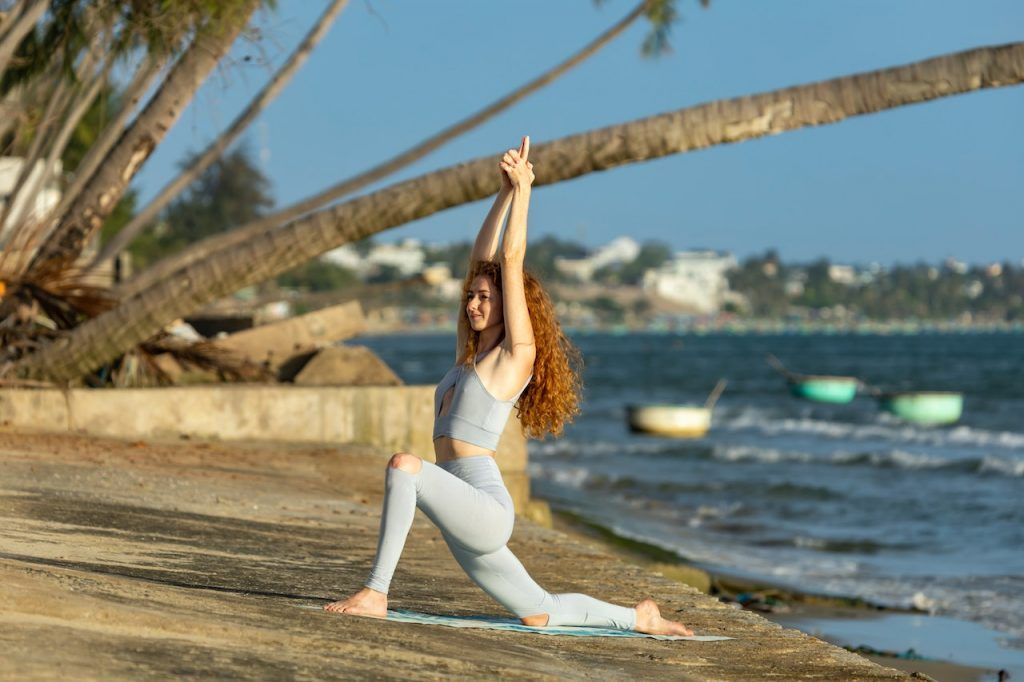 Ashtanga yoga is among the world’s most widely practiced yoga forms, especially in the West. Through the years, finding Ashtanga centers is becoming more common, regardless of where you are.

Two Sanskrit words comprise Ashtanga. The first one is Ashta, which means the number eight. The second Sanskrit word is Anga, meaning body part or limb.

The Ashtanga practice, often misspelled as Astanga yoga, means the connection into a holistic or complete system of the eight limbs of yoga. These eight limbs are essential in studying the Ashtanga yoga method and comprise the Ashtanga Yoga School foundation.

Integrating these eight defines the philosophy of Ashtanga yoga.

The Eight Limbs of Ashtanga Yoga

Here’s a look at the eight limbs of Ashtanga yoga, in which their union into a complete system forms the philosophy of the Ashtanga practice:

Ashtanga yoga is a derivative of vinyasa and Hatha forms of yoga. It requires flowing movements inspired by vinyasa, which you will do between asanas or yoga poses.

You will practice following a fixed order of poses in levels or six series. While the Ashtanga practice is a power yoga that is quite physical, it also promotes inner peace and mental clarity.

The Posture Sequences of the Ashtanga Yoga Practice

You will first need to master the three pose sequences – Sun Salutations, standing postures, and seated postures before your yoga teacher can allow you to proceed with the advanced power yoga series intended for advanced students. The following Ashtanga classes will then focus on advanced poses and yoga Ashtanga series from Advanced A to Advanced D.

It all began with K. Pattabhi Jois, a young, energetic yoga student at the beginning of the 20th century. His yoga teacher T. Krishnamacharya created a personalized practice to keep up with the energy. All its movements – salutations, standing, and seated poses, have become the foundation of Ashtanga Yoga.

The movements for the salutations were fast, which have been associated with the exercises of Indian gymnasts and wrestlers. Jois persevered in learning and even became a yoga teacher himself, wherein he promoted the Ashtanga style that he further refined.

The natural flow of the exhilarating poses done when practicing Ashtanga yoga was targeted to give the practitioner peace of mind and a purified human body. The Ashtanga yoga method inspired different yoga styles, including power yoga, hot yoga, and Ashtanga vinyasa yoga.

Ashtanga yoga is not exclusive to India. The western world and many other countries have learned about the benefits of Ashtanga yoga and made it a part of their daily practice of yoga.

Some of the names that gained popularity in teaching Ashtanga yoga include all the worlds best in the industry, such as Tim Feldmann, Chuck Miller, David Williams, Tim Miller, Maty Ezraty, Richard Freeman,  Kino MacGregor, and David Swenson.

The Key Principles of a Successful Ashtanga Yoga Practice

Ashtanga yoga is comprised of five fundamental principles essential for a successful Asana practice. The approach of the yoga practice is multiple-pronged.

When done right, this yoga practice can help in boosting mental and physical health. Here’s a look at the five key principles of Ashtanga yoga:

Each session of Ashtanga yoga engages your body locks or bandhas. The practice stabilizes your core and seal in your prana energy.

The Vinyasa flow synchronizes breath to the series’ transitions and sequences of poses.

Regular practice of Ashtanga yoga is done six days per week. Practitioners are typically taught to take Saturdays as their rest day.

The other rest days include the “moon days,” so you won’t practice on a new moon or full moon. Women who have their monthly period are also advised to take the days off.

Each asana in the Ashtanga yoga session uses a focal point called Drishti. It helps in making each class meditative and focused.

It’s a breathing technique taught to students so that they can apply it throughout each practice. It’s a slow audible technique of breathing, also called the victorious breath. It is used to boost concentration and focus, energize, and warm.

While there are other types of pranayama, they are only applied to advanced learners of Ashtanga yoga.

The main difference between the two yoga styles – Ashtanga yoga and Vinyasa yoga, is how the sequences are performed.

In Vinyasa yoga, you can improvise and follow a freestyle set of movements. On the other hand, you need to perform a set of asana sequences when doing Ashtanga yoga.

Most Vinyasa yoga classes are done in heated yoga studios or gyms while the music is playing. Ashtanga yoga classes always start and end by chanting the Sanskrit mantras.

The Purpose of Ashtanga Yoga

Ashtanga yoga has many purposes, including the following:

The set sequence followed in Ashtanga yoga makes up for a strong framework. It makes it easier for you to focus on the yoga sutras’ inner limbs.

Regular practice of Ashtanga yoga offers many benefits for the body and mind, especially for those needing a good workout, athletes, and other people who are often physically active. Like the other kinds of hatha yoga, Ashtanga focuses on meditation, poses, and breath.

Ashtanga is good for your mental and spiritual health. It makes it easier for you to concentrate, creates mental calmness, and boosts mental clarity.

What Goes in Ashtanga Classes?

After learning the important things about Ashtanga yoga, it’s time to decide whether it’s the right fit. There are two kinds of Ashtanga classes – Ashtanga Mysore and Ashtanga Led.

Students of this open practice style of Ashtanga follow similar sets of asanas at every sequence but at their own pace. When in a studio class, a trained yoga teacher will guide you about the movements and flow.

To be good at it, you need to memorize the sequences and asanas until you can do this yoga style on your own. In Mysore, the way of teaching is more personal, and your teacher can adjust the steps depending on your fitness level.

You will be guided by a yoga teacher in following different series of this yoga style. They will guide you through the primary (Yoga Chikitsa or yoga therapy), intermediate series, advanced or third series, fourth series, and sixth series until you are deemed ready to learn other styles and poses.

Ashtanga yoga can be done by beginners, but be prepared for difficult set sequences and movements. But you will be guided accordingly in advancing through the series, depending on how you learn the poses and sequences.

Seasoned practitioners will also learn a lot from the practice. This yoga style boosts physical, mental, and spiritual strength as long as it is done right.

This is where Sweatbox Yoga can help. We have the resources, equipment, and highly trained teachers to make it easier for you to glide through each class and learn the art and exercise of Ashtanga yoga.

You are welcome to check us out and try whether this amazing yoga style is something that will suit your fitness needs.

Yoga Meditation: What is It, Benefits, Techniques
What Is Restorative Yoga?